Graphic Thesaurus for "law" provided by FreeThesaurus.com
Through the fog of war we stumble... yet from official sources, it is not declared technically "a war".  Therefore this violent situation is legally not war.  It is being called a "special operation" or a conflict or whatever other label. This is how they have to rationalize and conduct the insane operations under guise of LAW... 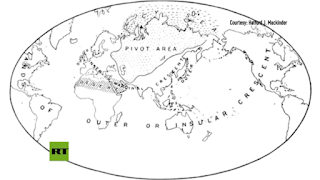 Why not a war?  Well that is just the fog of war, it's all about the propaganda!  The players in this crazy game do not want the general public to really know what is going on.  Not fully anyhow, not truthfully.  They however do want you to know a lot about what is going on according to THEM!  The narrative!  And it will be broadcast nonstop ad nauseum until they decide they have distracted and brainwashed you enough!  But here is the antidote to the tricks of those clever little militant and political tricksters. In actuality they are fooling themselves, all amongst their divided factions.  They reached their END GAME, a desperate struggle ensues.

Even their own stupid little project looking glass, which predicts that the old system of rulership and globalism will fail and is failing horribly right now.  Yes indeed, it is inevitable.  They fail and it all falls down.

Here is how we must look into the Ukraine conflict.  It is a battle, one of the final battles.  The thieves are starting to quarrel amongst each other, they are breaking into shattered factions, damaged and unable to unify.  You must beware of all the false predictions which are being propagated.  The falseness is in the disinfo and misinfo and rampant lies from every side.  One side is telling you the BRICS is going to win and set up a better global system.  Conversely, one side is telling you that the "west" is setting up a new world order.  One side tells you they are doing a great reset.

Therefore they are clamoring for you to jump in a take their side.  However do you have to do that, do you have to pick one of those sides?  No you do not, especially since you are being distracted and coerced.  In that thickening fog, you have not heard the other side, the most important of all, the one which was saved for last!  That is the side which I am going to delineate.  That side is the center, it is not "a side" really.  It somehow contains all the sides, the best and leave the rest.  It has its own powerful core argument and that is how you can make your choice.  Anyhow it is all predestined.

IF IT WERE POSSIBLE, even the Elect could be deceived!!!  But since that prophetic axiom was declared, you could not be deceived.  Who would I be talking to anyhow?  To the deceived? Obviously not.  They could never hear me anyhow and I cannot hear them.  That is how it is known, that is the litmus test to know.  Discernment and being the Elect.  There's no other way.

Just be concerned with yourself, because it all comes down to the inner soul choice/decision.  You either have it or you don't.  The battles will keep on raging, from Ukraine to the next battle and so on until they are all separated from us.