Are the Bosnian Pyramids real?

In this post-modern world of the rampant takeover by fakes of all sorts, we must enquire and recover what is real!

It is an intriguing idea, that there were Pyramids built in Bosnia in the Balkans region, former Yugoslavia, a part of the Europe.  Stereotypically, pyramids are conjured up in context of Middle East/Africa or South America/Central America.  But could they NOT have been built on any of the continents, all over the globe?  Pyramids could be anywhere!

My name is Ahgamen, most famous name in Truth and always seeking the Truth, especially when it comes to the origins of human civilization!  I am declaring who I am, because you need to know what calibre of "person" could take a stance such as this.  I believe that this excavation site in Bosnia is an actual, real ancient structure, which was constructed by prehistoric human beings.  No, they were not Neanderthals or Cro-Magnons necessarily.  Their skeletal remains may not have been discovered before.  (you know what I think about that "Lucy" hoax in Africa).

It is entirely plausible that there are major advanced civilizations which were active on the face of the Earth in prehistoric times, more than 6,000 years ago.  Yes, that is going against the traditional, Biblical chronology. I am sorry for that, but I cannot easily reconcile the Biblical symbolism, as I had thought it was to be taken literally and replete with factual measurements.

But wait, all of the evidence including the Bible's scenario could fit together logically, if we consider that there is a reason why all of these previous civilizations are destroyed. Nothing is said of the period before the Age of Adam and Eve.  There are no details given as to the prior period.  Also, there is the huge planetary-wide destruction of all human civilization during the Great Deluge, "the Flood of Noah".  That all fits together, it's starting to make sense.

There is a vast area which is being explored and probed for the past years, since 2005.  This is near the city of Sarajevo, in the town of Visoko in present-day Bosnia. 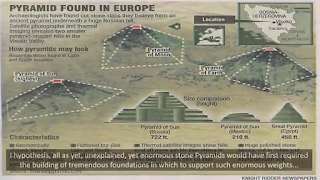 So these structure not only were enormous in mass and height, they are some kind of unknown technology for energy generation or healing or both. 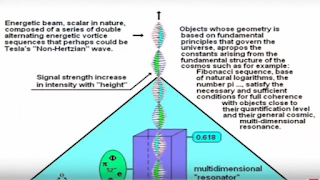 The scale of these different structures that are being found is such that the Bosnian pyramid dwarfs the Great Pyramid in Egypt.  Probably one of the reasons why they keep intellectually attacking it!  It is a threat to their scientific establishment.  Oh well, that's not a valid reason to deny what is Truth. 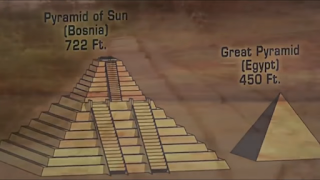 If one contemplates the possible age of these structures, the main one in Bosnia and the surrounding complex of its sprawling design, then it is understandable that erosion and vegetation has almost completely covered the site.  This is the case with many of the ancient megalithic finds, they have to be unearthed. 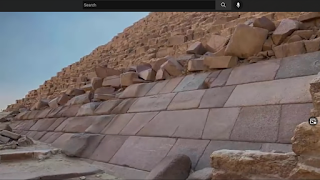 The main organizer of this Bosnian Pyramid complex is Dr. Semir Osmanagić, he is to be congratulated. Let us salute his ongoing efforts and that of his exploratory crew.  Down with the Establishment morons who cry Hoax!  This is the real deal, something is definitely of human creation there, not merely naturally-occuring. 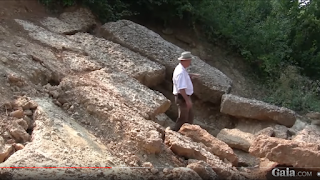 Many curious minds are talking about it, let's discuss together.  I have merely scratched the surface with this declaration.  We are living on a fascinating and mysterious Celestial Orb.  It is the center of the universe for us, with plenty of explorations that will yield Truth for the faithful. 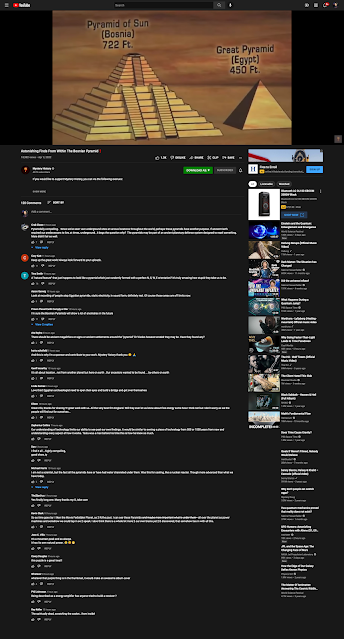 To find out more and to support the long-term project, go to http://bosnianpyramid.com/

BosnianPyramid.com is an independent website, set up to provide background information and regular updates about the work being done at Visoko to excavate the pyramidal structures recently discovered near the town.

Detailed enquiries about the nature of the excavations and any scientific enquiries should be directed to the Foundation Archaeological Park:Bosnian Pyramid of Sun www.piramidasunca.ba