Astrology Explorations by Ahgamen: Great video and Discussion about "wise men" Astrol...:   ​  @Ezekiel 33:3  Great info from your research. I am also going to post this to http://ahgamen.net and https://astrologyahgamen.milkyymedia.com 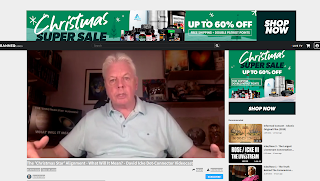 @MilkyyMedia  that was some really fantastic feedback. Thank you. I am curious to poke around more with some online astrology tools. The Saturn / Jupiter conjunction happens every 20 years but I thought that the triple conjunction might make the situation much more rare. Going into the exploration, I was expecting something involving Venus. I noticed many years ago the Order of the Eastern Star had a motto that said "We have seen his star in the East and have come to worship him". Their logo is an upside down pentagram so I assumed that Venus would have something to do with the Star of Bethlehem. I also noticed the Vatican depicts this star with 8 points which reminds me once again of Venus because it takes 8 years for Venus to make pentagram. Perhaps if Saturn and Jupiter aren't the right direction that there would be a conjunction with Venus that would be extremely rare within the 1BC to 10BC. Hopefully the tool I am using is dependable as well.

@Ezekiel 33:3 There are many questions and it seems that all the possible answers, lead to even more questions. But the addition of Venus might have or might not have to do with "the star". As I keep wondering, it could have more to do with other aspects, not merely the conjunction. It doesn't necessarily mean that the star was bunched up in one point of the sky. That is the traditional visualization. However, it most likely nothing to do with what the astrologers discovered. It is quite a bit more complex. I think it is an arrangement of aspects that are putting all the planets into a harmonic balance, an energizing structure. That is going beyond the conjunction aspect. The reason probably why the public is being fed the conjunction theory is because for the untrained outsider, that is the easiest to grasp. However, it doesn't cause anything to happen in the real world. We should look into the aspect of oppositions.