Russia Ultimatum are you sure? 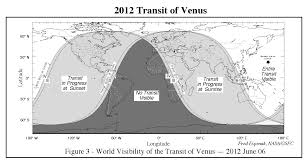 Apparently all those-in-the-know who consistently follow these geopolitical matters are of the opinion that Russia has issued an Ultimatum to the western powers under the leadership of USA.  This is quite a milestone for the Russian bear, one which it has not been able to reach since the depths of its restructuring in 1991.  Upon reaching this marker, what can the world expect?

The ultimatum must be followed by some sort of response. It is not checkmark, but it is definitely a check move. Look at this chessboard!  With the EU AND NATO in tension. Is this righteous?  It's at least secular and karmic. Who's right and who's wrong?  Not to take any sides in order to hover above the fray with benevolence and omniscience.

One factor is that the USA has too many internal problems. Biden Harris lacks unity, public polls showing low ratings, high disapproval. On the foreign policy front- not much success either. They were beholden to Ukraine. Ahh there's the rub.