Ponder upon the nature of the structure of the Universe or more properly, the structure of the Cosmos in the local universe (if at any point we can prove that the Universe is as big as we/they currently think of its infinite size).  This is an exercise in Cosmology and for all Keyboa, it is ChronoCosmonomy.  And as always in Civilogia, we study the thoughts and questions of fellow human beings throughout time and past civilizations/empires/nations.  An evolutionistic balooning of fascinating ideas. 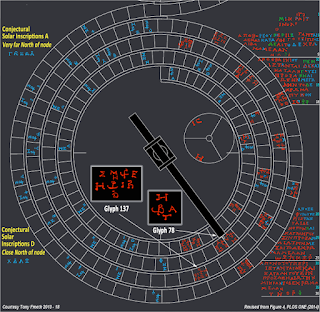 I, Ahgamen ponder upon the thoughts of our reality and its structure.  There is the idea of our world being a structure with definite properties.  I am going to demonstrate my faculties of reasoning, so that you can activate your own... (hold on, I am being overtaken by a potent and powerful Visionation....) 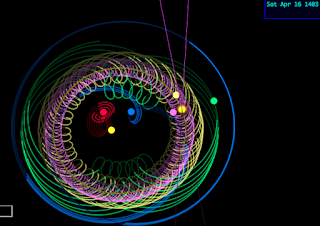 Consider the cosmos, of our local universe.

The vertical Axis of motion is absolutely stable, it is constant.  That is an astonishing phenomenon!  It is the "up dimension" and it remains fixed, in space.  This is the case for the Earth, with a rotational North Pole always in the same direction (other than the apparent shift or "precession").  The magnetic North Pole however is shifting and changing.  That is a whole other issue. But the physical, actual North polar axis, along with the attached South polar axis, along the opposite direction and opposite side of the Earth sphere, is always maintained by the spinning rotational motion.  Vertical is constant, up and down is constant.  Interesting.

The horizontal is a whole other creature!  Take and consider the equator, forming the outer Celestial equator, which is in relation to the Ecliptic of the Sun, which is its equator, at a 23 degree difference.  This spinning-gliding motion generates the entire disc of movement of the "Solar system".  Instead of a line of an axis being formed, a flat plane is being formed.  The horizontal goes everywhere, side to side motion is variable and in constant flux.

The vertical versus the horizontal is very different, these are two different "dimensions".

Compare this Macro to the Micro of our human bodies now.  ahhh, what is so amazing is that the body is structured similar to the planets.  Up and down is always the way we stand.  Side to side, left to right is always in any direction.  This is fascinating if you meditate upon it all.